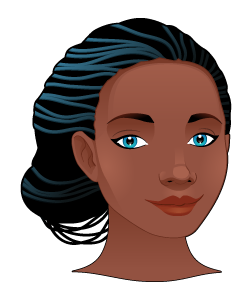 As a mother of two grade-school children, I know first-hand just how hard it can be to keep kids motivated and excited about school--especially as summer break draws to an end. One year, I decided to implement a study routine for my kids throughout the summer, which I found helped them retain the information they learned during the academic year and made for an easier transition back to school in the fall. I've put together this blog to help other parents prepare their children for success in the upcoming school year. I hope this helps your child have his or her best year yet!

Setting Your Child Up For Academic Success

If your daughter is about to enter high school, you may want to consider sending her to an all-girls Catholic high school instead of a public school. Even though some people believe that these schools are old-fashioned, there are still many advantages to attending a Catholic high school where only young ladies are allowed to enroll. By weighing the advantages of going to an all-girls Catholic school, you may conclude that this type of high school will be the best choice for your daughter.

A Curriculum that Aligns with Your Faith

Sending your teenage daughter to a Catholic high school for girls may be an especially good option if you're a member of the Catholic faith. In addition to English, math, and other typical school subjects, your daughter can receive a more in-depth education on the Catholic faith and how religious beliefs can be applied better to everyday life. You also won't have to worry as much about teachers teaching your daughter subjects that contradict your faith. Unlike many public schools, Catholic high schools often encourage the formation of student prayer groups and offer additional ministry services that can help students establish stronger moral codes.

If you send your daughter to an all-girls Catholic high school, you won't have to worry about her experiencing problems with boys on campus. Tensions with romantic relationships and temptations to engage in premarital sex with boys can often be avoided entirely at Catholic schools for girls. Your daughter also won't have to deal with sexual harassment from boys or other inappropriate actions from boys that could make her feel unsafe at school.

Research has shown that young women often do better academically while attending a single-sex school than girls who attend a coed public school. According to NCGS.org, female students who attend all-girls schools are up to six times likelier to want to major in math, science, or technology when they attend college than students in coed schools. Students in all-girls schools are also known to have higher test scores and graduation rates.

A Greater Sense of Empowerment

Female students who attend coed schools may feel as though their voices aren't being heard when competing with boys. All-girls Catholic high schools are known to foster a stronger sense of empowerment in girls without compromising their morals. Young women are often encouraged more to take on leadership roles in school clubs, sports, and other parts of academic life when attending an all-girls Catholic high school.

It's important to make sure that your child receives the best education possible, and attending an all-girls Catholic high school can help your daughter reach new academic heights. Everything that she learns from a Catholic high school for girls can be used to help her build a brighter future.